The fun side to Transform Africa 2015 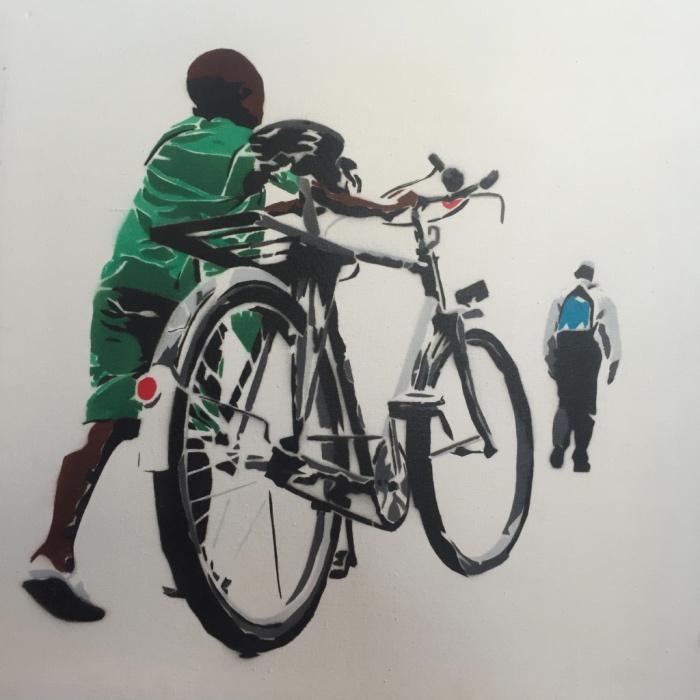 Boy with a Bike by Olivier Kwitonda

A couple of weeks ago, I attended the Transform Africa 2015 conference in Kigali, Rwanda. It was a wonderful experience with great dialogue about technology and its role in the advancement of Africa. A forward-thinking, progressive conference trying to get at issues the continent needs to solve. And it was tripartite too. Lots of government representatives, small and big business, and civil society. More about that later.

What I want to write about now is the little fun thing that happened. On the second-to-last day of the conference, as a lot of important stuff was being discussed, I felt a need to let my mind wander for a bit. I was itching for a stroll but the fear of crossing invisible lines at a highly guarded venue led me to the safe haven that was the “Souvenir Village”.

I expected nothing new, as is usually the case at craft markets, but was quite surprised by what Kigali had in store.This was no craft market, more of a fashion ensemble. A lineup of some of Kigali’s premier fashion labels and fledgling artisanal makers.

What i like about photographs is that they capture a moment that’s gone forever, impossible to reproduce.

I used the chance to have brief conversations with these hip makers. I took a bunch of photos too. These were some of my favorites.

I’d heard about House of Tayo but never really seen any of their stuff. An earlier cursory visit to the website told me that they needed to renew their SquareSpace account. I guess it was a blessing in disguise because I was pleasantly surprised by how great their scarves were! 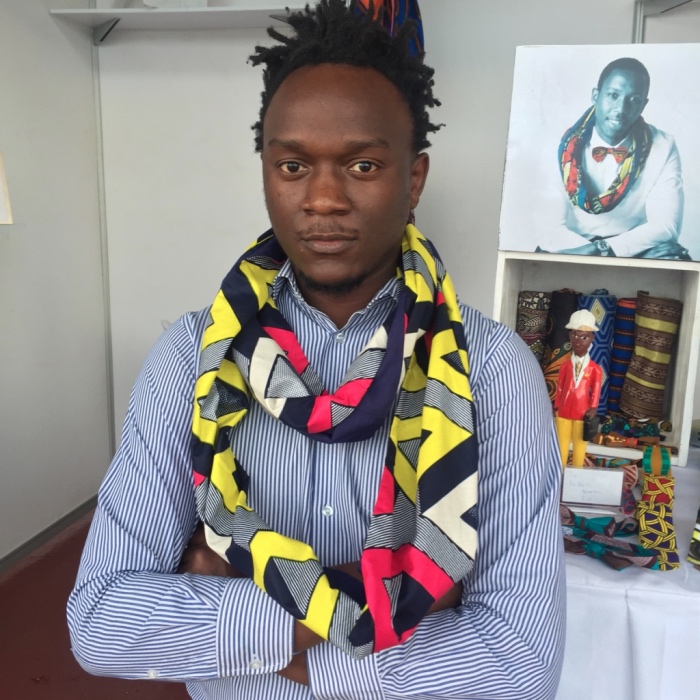 I wanted all of them. And the bow ties too. You can check out more of Tayo on Instagram at @houseoftayo

The young ladies at Inzuki Designs make some vibrant accessories. The infusion of gloabl influences and use of “kitenge” colors make their products just delightful to look at. I am quite excited to see where they go with this. They’re already killing it and I suspect they can only get better. 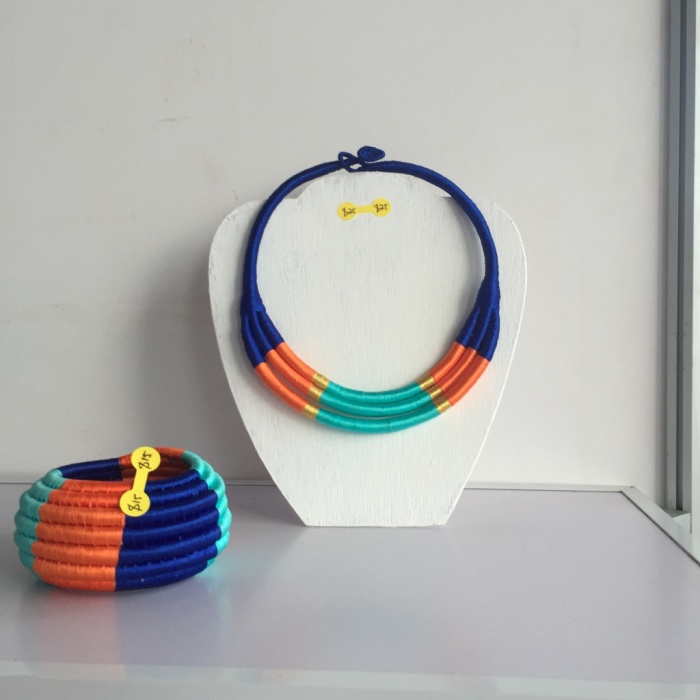 One of the threaded accessories. 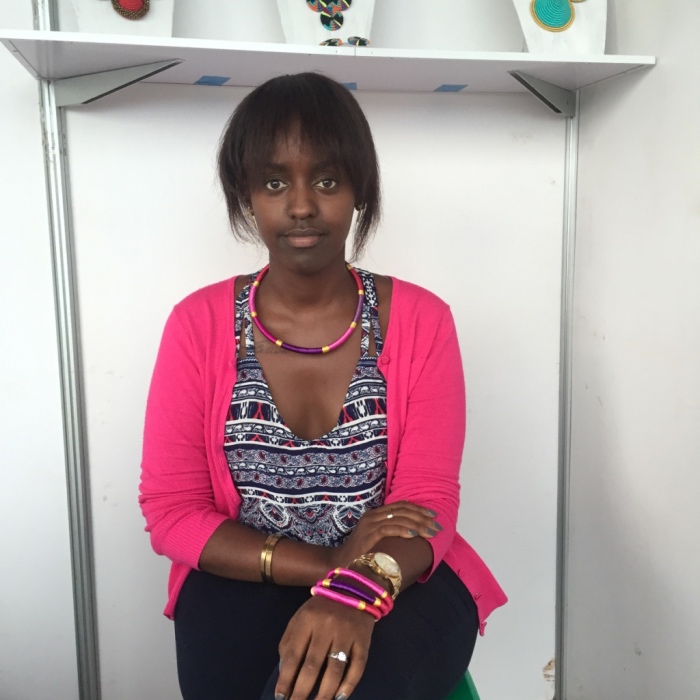 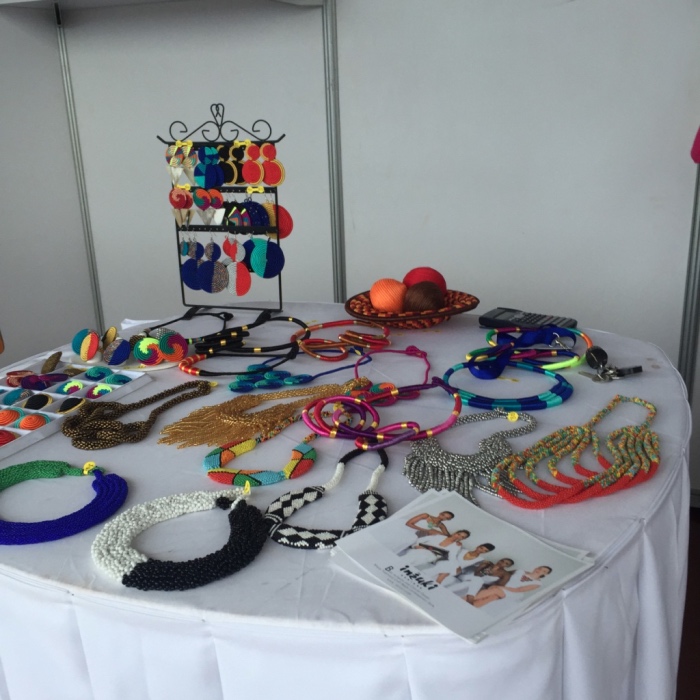 I was quite surprised by Umutako. Behind their simplicity lay a trove of powerful yet subtle creations. Their representative gave me a primer on her creative process and it seemed like there was no end to the waterfall of ideas she had for making stuff. I wanted to focus on one or two products but decided that it would be best if she posed with some of her creations. Lots of modern furniture and home decor. You just have to marvel at her level of output! 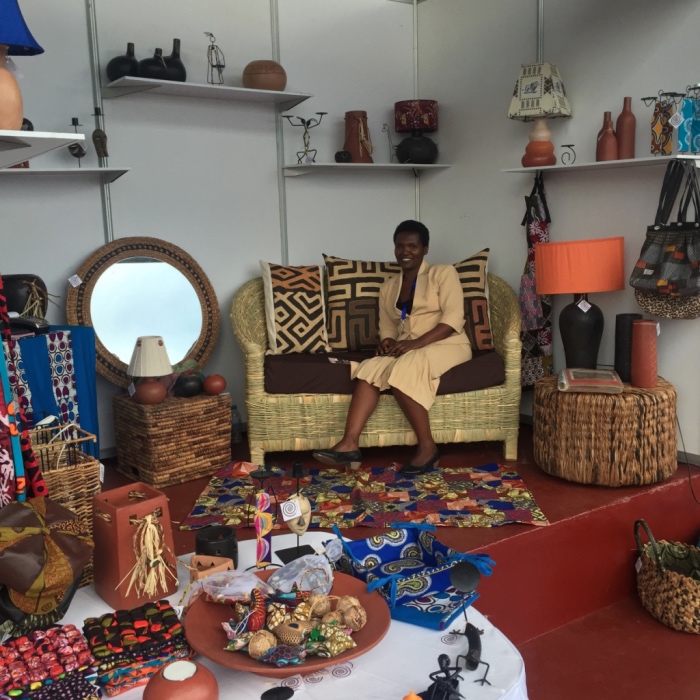 More from Umutako Iwacu on Facebook at Cooperative umutako iwacu

Christine was there in person. She was the closest to couture. She makes a lot of stuff for a lot of people, including friends that I was staying with on this leg of the Kigali trip. Here she is with some of her creative collections in the background. 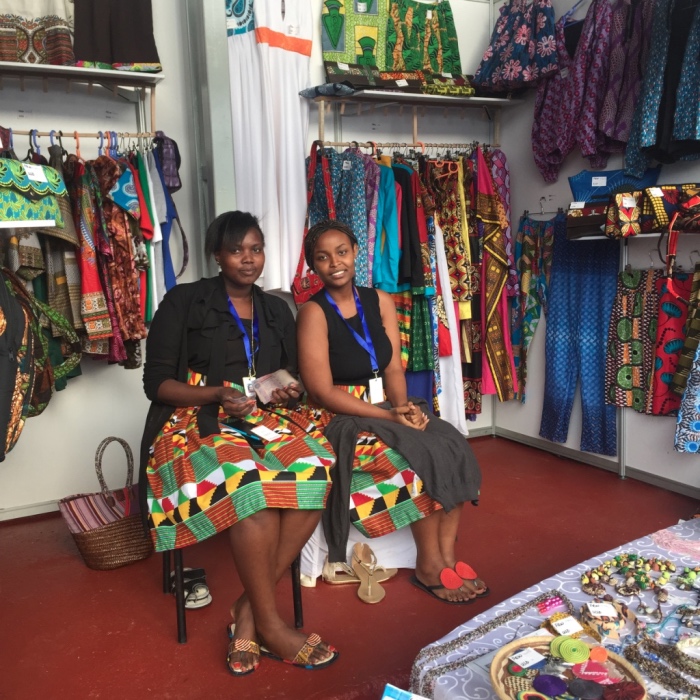 Francis makes a lot of cheeky plays on regular guys stuff. Colorful suits, funky jackets and anything in between. Francis let me don one of his jackets, and got in on the act too! 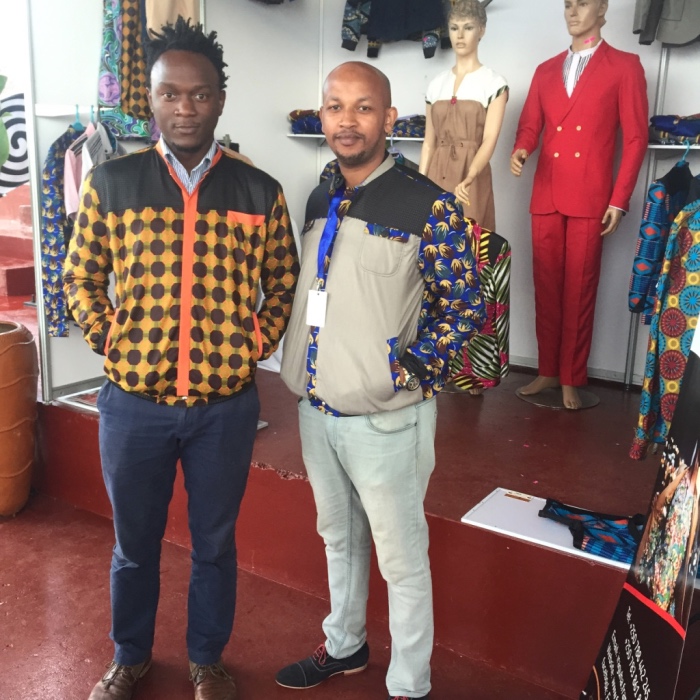 The very best part to this whole thing was getting to see Stromae live in concert just before the conference. This intro beat definitely set the stage for a super fun time!

Until next time Kigali!